This is a new series of fun & experimental craft beers. Our “Overlook Series” are beers brewed with our new pilot batch system and will incorporate a huge dose of creativity with Parkway’s tradition of producing excellent craft beer. 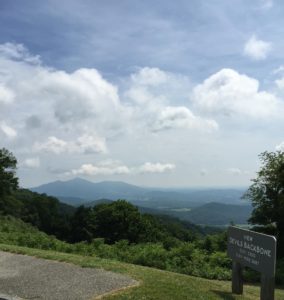 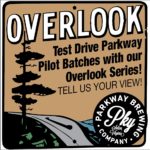 The first brew is available now and is an Imperial Brown clocking in at 8% ABV. This craft beer has a malty sweetness that is complimented by an earthy hop aroma and taste.

6.1% ABV
56 IBU
The second beer in our Overlook Series. This American IPA was hopped exclusively with Sorachi Ace hops grown by  Virginia Tech.

The fourth beer in our Overlook series. This American IPA has low bitterness with intense hop aromas and flavors. There are over 3lbs per barrel of Eukanot and Citra hops in this hop monster.

The fifth beer in our Overlook series. This kettle soured ale was brewed with lactose while plums were added post fermentation. The result is a tart, refreshing, soft bodied, slightly sweet ale with a plum fruit finish.

Outstanding things are happening here at Parkway so stay tuned for more beers in the series!