Please allow us to introduce Our Team; the people that make the beer you love possible.

Mike is a reformed home brewer who decided to take his skills to the professional level. He started brewing beer in 1995 and promptly became seriously involved in the Hampton Roads, Virginia brewing scene. Stints in officer positions at the Hampton Roads Brewing and Tasting Society and a part time gig teaching beer making prompted him to purchase one of the local home brew supply stores and create HomeBrewUSA.

In 2002 he accepted a brewer position at Hilltop Brewing Company where he stayed until 2004. Upon retiring from the U. S. Navy and leaving Hilltop, he spent the next couple years focusing on HomeBrewUSA and running the bottling line at St. Georges Brewing Company in Hampton, VA.

Mike was approached with an ambitious project in 2006, the renovation and near complete rebuilding of Williamsburg AleWerks. More success followed in 2008 with his move to Radford Virginia’s The River Company Restaurant & Brewery. Mike made a name for himself there by winning various local and statewide awards. In August 2013 he moved home to his family’s land in Greene County TN and promptly got involved in the Tennessee brewing scene, building Holston River Brewing Company from the ground up as Chief Brewer in January 2014.

At the close of 2014 Mike was asked to return to The River Company to help rebrand the brewery and establish a presence in the canned product market. In March 2016 Parkway Brewing Company hired him as Brewmaster and in January 2017 named him General Manager. Mike and his talented team of brewers are working diligently to replicate the success that Parkway has achieved in the Roanoke & New River Valleys in new regional markets & beyond. 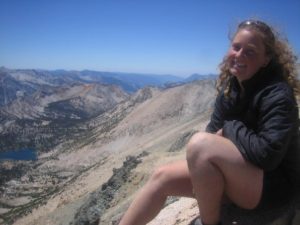 Kim is an adventurer who has lived many lives and places, before jumping into the craft beer industry head first. Prior to Parkway and working for Ballast Point for two years, Kim was working on her PhD in Maya Archaeology and living in California’s San Francisco Bay Area.
Even from a young age, growing up right here in the Blue Ridge Mountains, Kim loved the outdoors, live music, and fun! Her love of backpacking, mountains, valleys, and everything in-between lead her to Alaska to live and work in Denali National Park as a ranger at only 19 years old. That experience followed with 7 years working for The National Park Service in Sequoia and Kings Canyon National Park as everything from a wilderness ranger to a backcountry cook for the trail crew. Ultimately Kim utilized her knowledge and experience to earn Geography and Anthropological Archaeology degrees from UC Berkeley and went on to earn a masters and pursue her PhD at UC Santa Cruz. When her father began having health complications, Kim decided to return home to the Blue Ridge and found a new home in the craft beer boom. 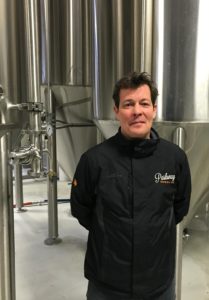 Simon came to the United States six years ago after leaving Barcelona, Spain where he had owned and operated a successful craft beer bar. Upon arrival in Northern Virginia, he became the Beverage Director of a small restaurant group in Alexandria. Watching America’s growing interest in the craft beer movement made him want to return to his roots in the craft beer industry. He made the decision to join a beer distributor as a sales representative and spent the next three years learning about the Virginia beer market.
It was during this time that he first became aware of Parkway Brewing Company and visited the Salem brewery on a number of occasions. Simon liked what he saw, was impressed with the quality of the beer, and the unique branding of the Parkway characters. One thing lead to another and he joined the team in early 2016 to lead the sales team.

He currently lives in Alexandria with his wife Jill and their son Charlie.