What the heck is a “Crowler”?

Worried about getting your favorite Growler back when you take it to a party? 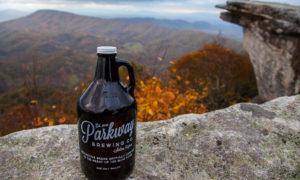 The growler is part of beer culture now,  you can even order personalized ones made for your groomsmen, or bridal party!

But what if you want to share the goodness from your favorite hometown brewery when traveling for events? That’s a challenge…because they’d leak all over the plane or go flat in the fridge, or gets too shaken up in your backpack, or breaks on the bus ride home.

That’s not a problem anymore, now you can get a Crowler!

Basically a Crowler is a giant, 32 oz. can. The oversized containers can be filled with any of our beers on our regular tap lines here in the tasting room. You’re only limited by what’s on tap here at Parkway, not by what your local grocery store has shelf space for!

We’ll keep you updated and let you know when they’re available here at Parkway! 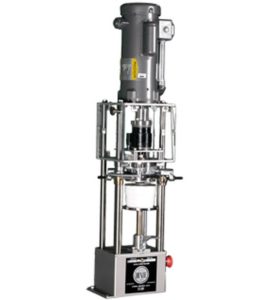 Beer’s least favorite things are UV rays and permeating oxygen. Cans offer protection from both, whereas glass bottles and growlers let light touch your beer, and even if you can’t see or hear it, they let oxygen both in and out of your beer through small gaps in the cap, flip-top, or screw-on. But don’t worry—there’s a cure.

“Aluminum packaging helps keep our beers fresher for longer and maintains the quality by creating an absolute barrier to light and oxygen, preventing off-flavors from developing,” says Chris Carroll, of San Diego’s Stone Brewing. For IPA-heavy breweries like Stone, keeping hops in their most flavorful state is of the utmost importance. If you’ve ever cracked open an IPA only to find a malty, bitter mess, you’ve been the victim of damaged hop oils.

Crowlers also keep the beer fresher for a longer amount of time than a growler does. The typical growler keeps beer fresh and carbonated for about three days before it really starts to degrade. Crowlers keep their brews fresh for about a month, unless you decide to play football with it. The seal, pack, and go aspect is a big one for Hardywood Park Craft Brewing in Richmond, Virginia. “Craft beer drinkers are our best ambassadors, and Crowlers offer an extended “shelf life” allowing our fans to take our beer further,” explains Hardywood’s Matt Shofner. “If an out-of-town visitor finds something they really want to take home, they may need more than five days to travel home and share a taste of Hardywood with their friends and family. It’s important that what they taste is a true representation of the product, and those cases the Crowler can deliver.”

“I’m big on form following function,” says Chad Rich of Prohibition Pig in Waterbury, Vermont, and with Crowlers, he can control the environment in which his beer is consumed as tightly as he possibly can. “Once they open it, they have to commit to it, and that’s another huge thing for me. Knowing that the beer is going to be served fresh and as we intend to serve it.”

The Crowler gives breweries serving their beer exclusively on tap at the brewery, like Prohibition Pig, a completely sanitized container to fill with their beer, unlike a reusable growler, that if not cleaned properly, can harbor leftovers from previous fills. Brewers are obsessed with cleanliness in all stages in the life of a beer. It’s all about control and Rich realizes that and acts on it, “I don’t want unfavorable reviews on the beer. I want my beer to be presented in the best possible manner.”

And then there’s the portability angle of the can versus the glass growler. In states like Oregon, craft beer is synonymous with the outdoors. “We live in a place where biking, hiking, paddling, skiing, and snowboarding are part of everyday life,” explains Kate Fleming-Molleta, of Oregon’s Boneyard Beer. “Crowlers are much lighter and easier to pack in and out on these types of adventures.” The Crowler is the answer for the active beer drinker’s adventuresome woes.

Craft beer enthusiasts like Crowlers. Well, most craft beer enthusiasts. Those who don’t must have their reasons. Maybe they’re non-conformists. Maybe a Great Uncle died in a freak Crowler filling accident (my condolences). Maybe they’re allergic to aluminum. Regardless, after polling 160 Beer Advocate users, I found that only 15% of them didn’t have any interest or didn’t have a great experience with Crowlers.

If my stats don’t stand up to your rigorous mathematical standards, take it from the breweries themselves. At Boneyard Beer, 64% of customers are choosing Crowlers in which to take their beer home, and the percentage is rising every month. At Stone, about 40% of customers are using Crowlers, which is a staggering amount for a brewery that helped fuel the popularity of the glass growler over the past five years. Stone also reports that its Crowler usage is increasing with each month. At Prohibition Pig, the amount of Crowlers sold is “substantially more” than the amount of Growlers being filled. Chad Rich at Pro Pig says that he actually needs to get rid of a few of his own growlers that are sitting and taking up space.

When it comes down to it, craft beer drinkers are a stubborn breed. Although tastes vary and brewing mentalities can differ, there is one overarching importance that binds all craft beer enthusiasts. They, well, we, care about the quality of our beer. Freshness and intact flavor profiles are mandatory. We want to drink the beer in the exact manner that the brewer intended for us to drink it, and over the past year or so, brewers and tap houses have started to adopt a packaging system that caters to that exact need.

Somewhere between a 24oz. Tall Boy and a Forty lies the future of your craft beer consumption. It’s made of aluminum, you can get it filled with some of the best beers in the world, and it’s called a Crowler.