We have a new batch of bands during the month of August so mark your calendar and be sure to come enjoy these sultry summer evenings. The Craft Beer will be COLD and the tunes will be HOT!

About as smooth as Appalachian shine, “The Bringdowns” sound was described best by reclusive local legend Benjie Saunders when saying “it’s like Uncle Tupelo and the Afghan Whigs got in a bar fight with Tom Waits over a joint, and there ain’t nuthin’ wrong with that”. 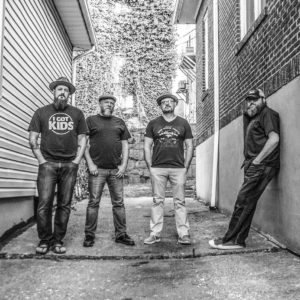 This band knows a thing or two about being engulfed the West Virginia music scene as the members have been a part of the bands: Atomic Jo, What’s Left, Poor Taters, The Boatmen, From The Future, Old School Abbey, Blistered Nifkin, and JC/BC . The group formed in late 2015 to track what was to be Matt Mullins’ solo record, but the four quickly took notice that this was something different that they wanted to continue doing. Since then the band has been writing new material and booking a solid tour while awaiting their first release on August 12th, 2016. With an eclectic mix of genres that have influenced the group this is an alt-country sound has found a niche all its own.

Fueled by a driving rhythm section made up of drummer Dylan McInturff and bassist Bill Fraley, Stuart Hill creates sonic tapestries with his guitar that will leave you in awe. Add to that the lyrical prowess of raspy voiced singer/guitarist Matt Mullins and you have what the group feels to be the most honest music they have ever collectively created.

Lucinda grew up in the south and went to New York. She answered an ad in the Village Voice for “Singer for Original Rock Band”. She and Jon met in the RiverdaleDiner in the Bronx where he scheduled the meeting. Their first band was Ransom, located in NYC. Many band names, band members, cities, 2 kids, and a lot of songs written later. . . here we are in Southwest Virginia. South and the North coming together to make some great music.

Once upon a time in the budding music-mecca of Asheville, NC, a man with a trumpet, an acoustic guitar and a mission metamorphosed into the synergistic soul/indie-pop band, Hustle Souls. With 2 ½ years of touring under their belt, the band’s feel-good, modern meets vintage sound, have earned 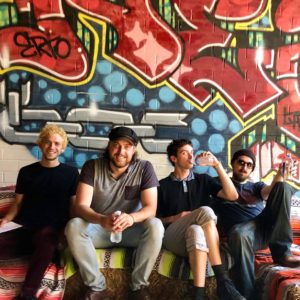 them a reputation as one of the region’s most promising independent acts. Lead singer and keyboardist, Billy Litz’s rootsy influences and vulnerable compositions are embroidered, garnished, and decked out by a powerhouse soul band. The rhythm section, Tommy Moore and Sean McCann aggressively usher in a tight jazz and R&B influence, while guitarist, Chris Everett, brings the group to the next level with his rock-ribbed feel. ​In 2017 the band was approached by gold and platinum mixer and producer Eric “Mixerman” Sarafin (Ben Harper, the Broadcast, Pharcyde) about making a record which has set the ball rolling at a different pace. Hustle Souls’ eclectic sound will soon come together on their debut full-length album, “Color.”

Matt Walsh is from Statesville, NC. He does around 200 shows a year throughout the southeast and beyond. His sound is influenced by anyone from Link Wray, Howlin’ Wolf , Prince, Black Sabbath or Pete Rock among many others. His primary focus is making original music and mixing his roots 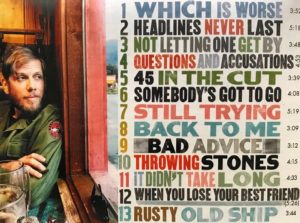 with new ideas rather than replicating them. The result reflects an exciting blend of many genres of music – early electric and hill country Blues, Rock, Rockabilly, Soul, old Countryl, Stoner and Garage Rock, Hip-Hop and Psychedelia among others. His exposure to music came first came from his mother through her love of Motown. In his youth, he was fascinated with various types of music and was always anxious when he heard a sound that was different or foreign to his ear. When he was 9 his mother took him to a Prince concert and Matt knew he wanted to be a musician.

Lindsay Clark finds balance between traditional folk, english folk, country, and her own version of experimental folk that seems to stem from her soul. Exquisite and pitch perfect, her music speaks of quiet revelation, with a background of her own multi-tracked vocal arrangements. With influences ranging from the Beach Boys, Joni Mitchell, Elizabeth Cotton, appalachian folk, her classical upbringing, and her father’s record collection, she blends many worlds into a uniquely warm sound. She has carved out a unique and vibrant place as an artist with a penchant for rich harmony and a style of self-taught fingerpicking influenced by Nick Drake, John Fahey, and others. 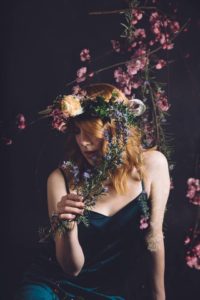 Originally from the small gold rush town of Nevada City, CA, she now resides in Portland, OR. Her sound has been described as “folk with angelic vocals washing over smooth edges” (1859 Magazine). She has shared the stage with musicians such as Casey Dienel (White Hinterland), Nat Baldwin (Dirty Projectors), Ryan Francesconi (Joanna Newsom), Laura Gibson, Alela Diane, The Lumineers. Her forthcoming full length record “Crystalline” was engineered and co-produced this year with San Francisco’s Jeremy Harris (guitar/vocals – Vetiver) – due out September 2018 via Oscarson. 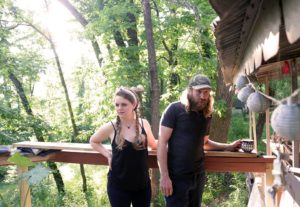 Mink’s Miracle Medicine formed in 2013 at the hands of songwriters and multi-instrumentalists Melissa Wright and Danny Zezeski.

The duo draw on their respective backgrounds of old-timey country and indie-punk music to create a thoughtful mesh of twang inspired rock n’ roll. 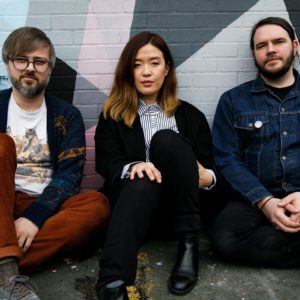 Eternal Summers are a power trio from Roanoke, Virginia. They have done several U.S tours, put out 3 full length albums on Kanine Records, Silver (2010), Correct Behavior (2012) and The Drop Beneath (2014) plus a comp of early work called Dawn of Eternal Summers. Some would describe their sound as minimal pop, noise pop, shoegaze and post punk. Eternal Summers are here for you.