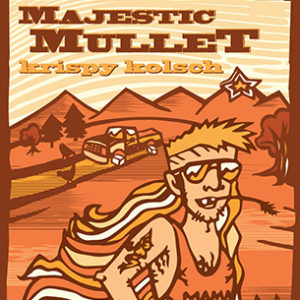 “Kolsch is a top-fermented local beer style from Köln (Cologne), Germany. Kölsch beers are characterized by a lightly fruity yeast note in aroma and taste, as well as a pleasant hoppy bitterness. The history of kölsch beer goes back to the year 874 AD. The brewing office of Cologne, which rigorously controlled the production of kölsch, had already been mentioned in 1250. In 1396 representatives of the brewers’ guild founded the Kölner Brauer-Kooperation, which has been around ever since. In the late 1800s, with imported pale lager from Bohemia making inroads into local markets, the Cologne brewers decided to fight back with a pale beer of their own. They would make the beer golden and hoppy, but continue to use their warm-fermenting ale yeasts. Pilsner beer was thus stopped at the gates, and the modern kölsch was born. In March 1986 the brewers of Cologne renewed the convention that defines a true kölsch (“a light-colored, highly fermented, strongly hopped, bright, top-fermented Vollbier”), how it has to be served (in the famous 0.2-liter (6 oz), tall, straight kölsch-“Stangen” glass), and especially who is allowed to produce it—only the brewers of Cologne. A bright yellow Vollbier (beer with original gravity of 11%–12%), kölsch has a prominent hoppiness and is predominantly brewed with barley malt. Fermentation takes place at a temperature between 15°C and 20°C (59°F and 68°F). The original gravity is 11.3% on average, while the alcohol by volume (ABV) is 4.8%.Many bars in Cologne feature kölsch beer, and the Stangen glassware is carried to the tables in racks containing several glasses. As each glass is only 0.2 liters (6 oz), patrons must order constantly to keep fresh beer on the tables.

Today the Kölner Brauerei-Verband (Cologne Brewers Association) still consists of 20 brewers, only 11 of which are producing kölsch. The annual output in total is approximately 2.6 million hl (2.2 million bbl).

Since 1998 kölsch may be labelled with a European Union logo, thereby joining the ranks of such illustrious regional European specialties as Bordeaux, Chianti, and Champagne. See european union.

Still, the style is widely brewed by American craft brewers, who tend to see it as a pleasant bridge from bland industrial lagers to more flavorful traditional beers.